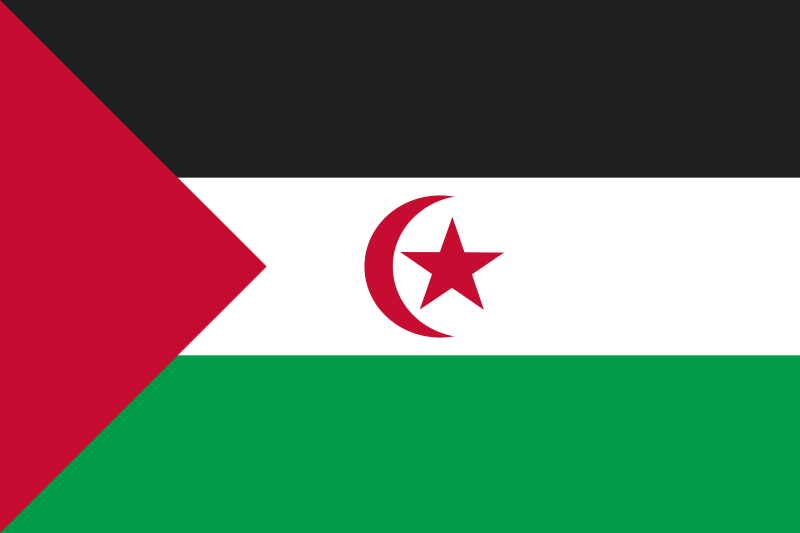 Where its found: Territory occupying an extensive desert by the Atlantic-coastal area of northwest Africa.

The Western Sahara, with its lands once part of the Almoravid Dynasty of warriors, is also known as the ‘last colony of Africa’. It is situated in the Northwest of Africa, bordered between Morocco, Algeria and Mauritania as it looks out through a stretch of 1110 km coastline, directly  into the Atlantic Ocean.

The region boasts of Phosphate and Iron Ore as its natural resources, whilst its agriculture is mainly goat, sheep, camel and fish farming. Crop farming is challenged due to drought and subsequent advancement of the desert through the region.

Western Sahara is home to the Sahrawi and Berber people and is predominantly  made up of followers of Islam.

As with the history of many countries in Africa, the region was colonised by a foreign government, Spain, from 1848 to 1975 when it was then known as the ‘Spanish Sahara’.

Having themselves been made independent nations, Morocco and Mauritania sought to add the region to their own respective territories as many of their people had migrated into the lands they bordered with Western Sahara.

During the ‘Green March’ uprising in 1975, thousands of Moroccan soldiers, under the command of King Hussein of Morocco, marched across the border into Western Sahara in protest of Spanish occupation.

When Western Sahara gained its independence from Spain in 1975, it was taken over by Mauritania and Morocco. Mauritania as of 1979, relinquished its claim whilst Morocco seeks to integrate Western Sahara as one of its territories and this has led to ongoing conflict in the region. A small area of Western Sahara is governed by Saharan Arab Democratic Republic which is largely recognised internationally.

AAI is a forward-thinking organisation dedicated to raising the profile of Africa and its people, both on the continent and in the diaspora, through educational initiatives, programmes of development and encouraging repatriation of descendants of enslaved Africans back to Africa.

We use cookies on our website to give you the most relevant experience by remembering your preferences and repeat visits. By clicking “Accept All”, you consent to the use of ALL the cookies. However, you may visit "Cookie Settings" to provide a controlled consent.
Cookie SettingsAccept All
Manage consent

This website uses cookies to improve your experience while you navigate through the website. Out of these, the cookies that are categorized as necessary are stored on your browser as they are essential for the working of basic functionalities of the website. We also use third-party cookies that help us analyze and understand how you use this website. These cookies will be stored in your browser only with your consent. You also have the option to opt-out of these cookies. But opting out of some of these cookies may affect your browsing experience.
Necessary Always Enabled
Necessary cookies are absolutely essential for the website to function properly. These cookies ensure basic functionalities and security features of the website, anonymously.
Functional
Functional cookies help to perform certain functionalities like sharing the content of the website on social media platforms, collect feedbacks, and other third-party features.
Performance
Performance cookies are used to understand and analyze the key performance indexes of the website which helps in delivering a better user experience for the visitors.
Analytics
Analytical cookies are used to understand how visitors interact with the website. These cookies help provide information on metrics the number of visitors, bounce rate, traffic source, etc.
Advertisement
Advertisement cookies are used to provide visitors with relevant ads and marketing campaigns. These cookies track visitors across websites and collect information to provide customized ads.
Others
Other uncategorized cookies are those that are being analyzed and have not been classified into a category as yet.
SAVE & ACCEPT